Ian Michael Berry received his undergraduate degree from Vanderbilt University in 1996. He was awarded his juris doctorate from the University of Alabama School of Law in 2000, where he served as a Senior Editor of the ​Alabama Law Review and was a member of the Bench and Bar Legal Honor Society. Following law school, Ian served as Legislative Counsel to United States Senator Jeff Sessions in Washington, D.C., where he worked on the Senator's Judiciary Committee Staff.  During his time in Washington, Ian served as an editor for an article in the Harvard Journal of Law and Public Policy and was involved with legislation to reform the Federal Sentencing Guidelines and the United States Bankruptcy Code as well as numerous hearings on oversight, judicial appointments, and the online media industry.

Ian has been in private practice in his hometown of Florence, Alabama since 2001, specializing in complex civil litigation representing both plaintiffs and defendants in a wide range of areas including personal injury and wrongful death litigation, business and commercial litigation, products liability, insurance fraud and bad faith, premises liability, employment liability, eminent domain, and copyright/trade secrets litigation. His practice also includes the defense of professional malpractice claims against attorneys, realtors, and insurance agents, and the defense of municipalities including civil rights litigation. He earned the coveted AV/Preeminent rating from Martindale-Hubbell, the nation's oldest and most prestigious law directory, in 2014.

Ian is admitted to practice before the Supreme Courts of Alabama and Tennessee, as well as the United States Court of Appeals for the Eleventh Circuit, the United States District Court for both the Northern and Middle Districts of Alabama, and the United States Bankruptcy Court for the Northern District of Alabama. He has served as a Special Assistant Attorney General for the Alabama Department of Transportation since 2011 and has drafted briefs for several reported decisions in state an federal court. Ian has also participated in numerous trials and appellate proceedings, including being a part of the litigation team that received one of the highest multi-million dollar jury verdicts in Madison County, Alabama history for a Huntsville-based online media company in 2011.

Ian is a member of Trinity Episcopal Church, the Florence High School Parent/Teacher Organization, the Board of Directors of the Homeless Care Council of Northwest Alabama, the University of Alabama Early College Parent Leadership Council, and the Vanderbilt Alumni Association, for whom he serves as a Commodore Recruiting Program Volunteer each spring. 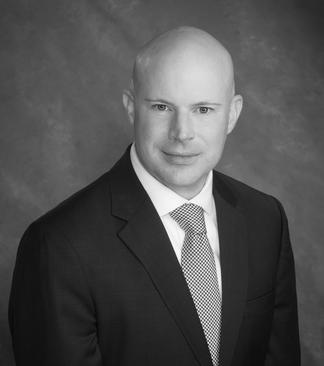 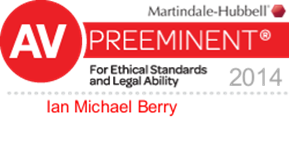