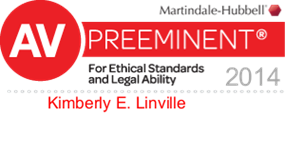 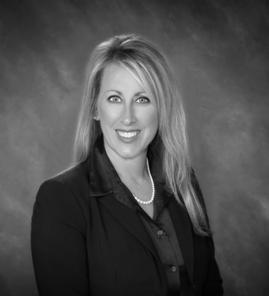 Kimberly E. Linville obtained her undergraduate degree from the University of Tennessee at Martin in 1995 and her juris doctorate from the University of Memphis Cecil C. Humphreys School of Law in 1999. While attending law school, Kim was a member of the Phi Delta Phi Legal Honor Society and the Student Bar Association, and she volunteered with the Pro Bono Legal Organization.

Kim began her career as an Assistant District Attorney for the Twenty-Fifth Judicial District in Covington, Tennessee where she gained substantial trial experience prosecuting criminal cases and served by appointment as a Juvenile Court Referee for the State of Tennessee, Tipton County. In 2001, Kim entered the private practice of law and has successfully prosecuted and defended complex civil litigation in both state and federal courts across Tennessee and Alabama. Kim's areas of expertise include personal injury, premises liability, employment law, workers' compensation, and insurance defense. In addition to the Supreme Courts of Tennessee and Alabama, Kim has been admitted to practice before the United States Court of Appeals for the Sixth Circuit, the United States District Court for the Western District of Tennessee, and the United States District Court for the Northern District of Alabama.

Kim and her two daughters reside in Tuscumbia, Alabama. She is an active member of the Grace Life Church of the Shoals and serves on the Board of Directors of the Tuscumbia Education Foundation.