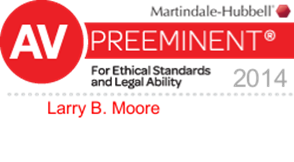 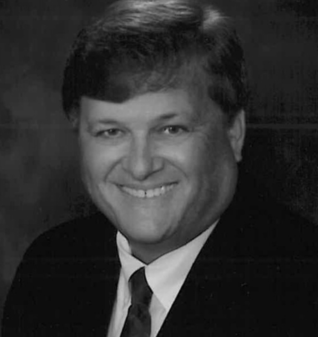 Larry has specialized in complex civil litigation for more than 30 years representing both plaintiffs and defendants in a wide range of areas including personal injury and wrongful death litigation, business and commercial litigation, products liability, insurance fraud and bad faith, premises liability, employment liability, and copyright/trade secrets involving complex claims including intellectual property. His practice also includes the defense of professional malpractice claims against attorneys, realtors, and insurance agents, and the defense of municipalities including civil rights litigation. Larry has been rated AV/Preeminent by Martindale-Hubbell, the nation's oldest and most prestigious law directory, since 1997.

Larry has served as a certified mediator since 1996 and has mediated over 250 pre and post litigation disputes including personal injury/wrongful death cases, estate litigation, land line disputes, insurance fraud and bad faith claims, and commercial litigation. While serving as a court-appointed Special Master he successfully oversaw and managed more than 25 complex cases involving asbestos exposure with more than 125 parties. Larry is a current member of the National Academy of Distinguished Neutrals, the Alabama Academy of Attorney Mediators, and the Panel for Neutrals for the United States District Court for the Northern District of Alabama.

Larry has successfully defended numerous clients in state and federal courts at both the trial and appellate levels and has several reported decisions before the Alabama Court of Civil Appeals, the Alabama Supreme Court, and the United States Court of Appeals for the Eleventh Circuit. By contrast, Larry has also successfully prosecuted multiple personal injury suits and served as lead counsel in complex business litigation which resulted in a record multi-million dollar verdict on behalf of his client.

​Larry is actively involved in charitable organizations and community activities, having served on the Board of Directors of Big Brothers/Big Sisters and Riverhill School, as a member of Rotary International, and having served on the Board of Trustees, Administrative Board, and as Chairman of the Staff/Parish Relations Committee at his local church.